The great ‘bigmacologist ‘ Sonny Thompson is a exact in all things great. He has been studying ‘bigmacology’ for a long time know. For those that don’t know what it is about, it is about all things great. Now you may say you have never heard the term, and I wouldn’t be surprised if you didn’t, but it exists, at least for the purpose of this article. Studying all things great is not easy. There are many things that we could call great. Indeed there is a guy in America who claimed he could make the entire country great again. Branded caps good investment is as true today as it was yesterday.

Thats not to say that it ever lost its greatness but I guess everything can be even greater. Take caps for example, they are great. Caps have always been great because they perform a very important function / functions. Not only do caps form a cover for our heads, they also protect us form certain elements. They can protect us from the sun, from the cold, from the wind and other things as well. Caps are a ‘great’ fashion item. You see literally any number of celebrities wearing caps. They are worn by sports stars and the common man / woman alike.

So how to you take something that is already great and make it ‘greater’? How can you take some made from brushed cotton (mainly), fashioned into the shape of a head, in a size that can fit all, and make it even better. The way you do this is by branding the cap. I am not talking about getting a hot iron and burning a word on it, although thinking about it that would be pretty cool. I am talking about attached a logo or message to the cap.

Like that other guy in America, the business man, that handed out caps with the slogan “Make Soda Grape Again”. You see the guy really loves soda and he loves grapes. He wanted to get people to drink grape soda, instead of just juice, so he handing out branded caps with that slogan. People loved it and low and behold they started drink grape juice again.

Other companies have also seen the benefits of using branded caps to promote their ideas. They have been using them for years and will probably still be using them way into the future. The next time you see a branded cap anywhere this about that poor fellow who took a simple idea and make it into something so much more. You can even think about using it for your own application and spread the word to other people who might benefit from them also. What have you got to lose. Absolutely nothing. 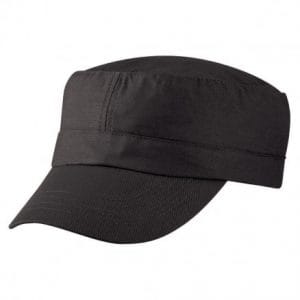